Arithmetic and the philosophy of complicity

The parliamentary elections in Armenia ended without any shocks, obvious violations and promising perspectives. The transition to the parliamentary form of governance is a debut for Armenia, but, by and large, the debut did not happen, because the main levers of government remained in the hands of the ruling party and two adjacent buffer (semi-oppositional) political forces. In addition, the emergence of one new force in the parliament is albeit a pleasant but not a decisive factor from an arithmetic point of view.

The voting turned out to be a numbers game in general. That is, a voice received its total digital equivalent, and the factor of the voters bribery – that was acceptable for both distributors and recipients – turned the elections from a political process into a household settlement episode.

Voting in such an unpromising and frustrating atmosphere is like participating in a play that is deliberately doomed to failure. When your voice has no force and can not compete with the avalanche of bribery, there is no other way but  to approach the event philosophically.

That is, to assess the role of one person, the voice of the personality and the position. Speaking theatrical language, try to stage your own play, even if you are to see it only yourself.

When you avoid participating in mass enthusiasm for material values, but are not ready for confrontation and struggle and, at the same time, do not want to give up caring about the future, you just have to watch.

These elections showed that the status of an independent observer is not only convenient, but also effective from the point of view of preserving one’s personality. People who are worried about the future and have not yet completely lost their faculties chose to become observers.

Being an observer means not showing up but being able to do something concrete: participate in the voting process, but be above it.

This is the status and that area, as well as the alignment in which you are in opposition to all offenses regardless of who commits them and what forces you personally sympathize with. You speak for yourself, you are in your place, and it is not important that you lose your entire Sunday in search of your place.

On 2 April, an observation mission was conducted by 28,661 people who represented public organizations, international monitoring structures and private initiatives.

famous Armenians from the Diaspora, who are loved and appreciated in Armenia, were also among the observers: rock musician, soloist and the founder of System of a Down – Serge Tankyan, film director Atom Egoyan, actress Arsine Khanjyan, director and screenwriter Erik Nazaryan and others. 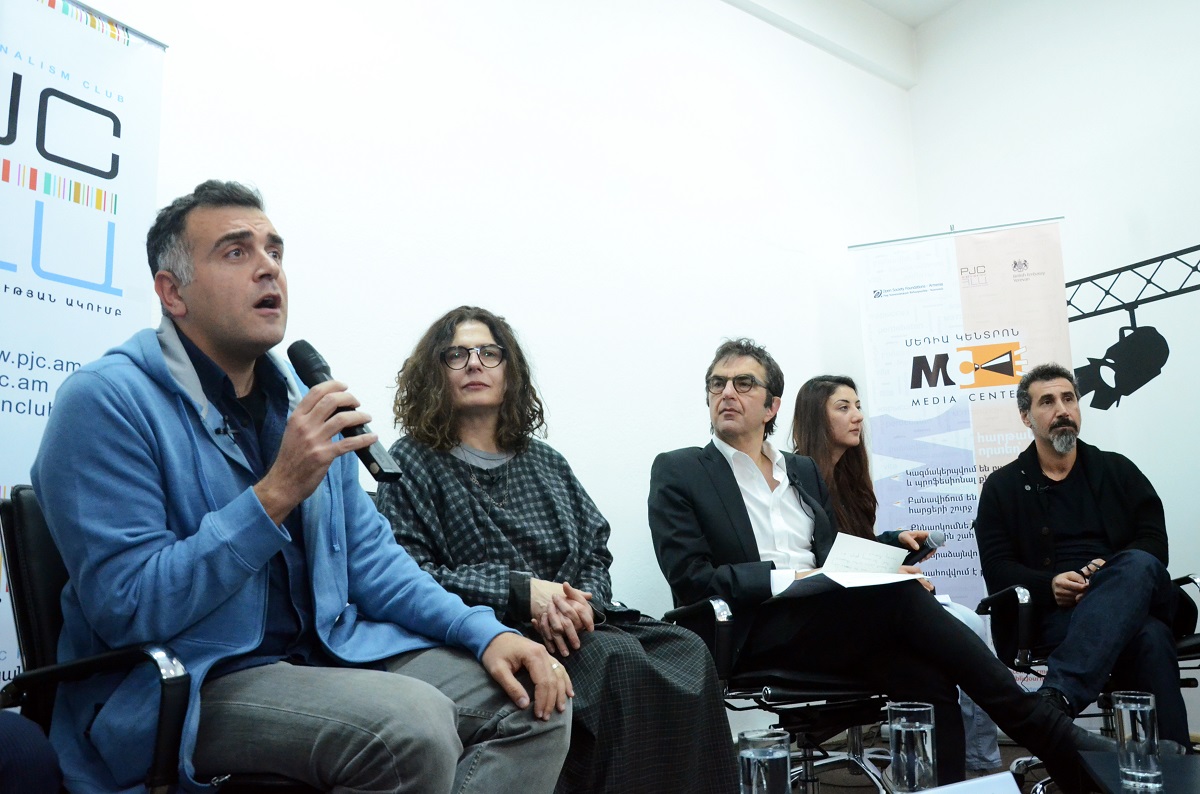 These are the characters who are worried about the future of Armenia and at the same time, they are not stuck deep in its existing problems. They represent a bridge between today’s unpromising and servitude situation and big hopes.

Atom Egoyan  , for example, tried to inspire people by saying that growing apathy can be stopped by civil responsibility and the use of personal potential: “We need to participate in the election process, because this is not a question of forming a government but forming the future of our country, which is created from the individual votes.”

Arsine Khanjyan  reminded us that: “We are not citizens of Armenia and we can not vote. But we will support you and stand up for your rights.”

The ‘Citizen-Observer‘ initiative, worked in a mobile order: its representatives visited different polling stations, observed conclusions, recorded incidents, conducted conversations, and observed again. This status, which did not pursue any material interests, seemed to restore the most important principle of human existence – necessity.

It helped to be necessary and not to get dirty.

Influence in authoritarian countries is usually based on this particular dilemma. It deprives people of the feeling of being needed, allowing allowing the person to be a link in the chain, but in fact, with no rights to making decisions and being deprived of any leverage.

As a servant, a person should feel himself being used and dirty, because he becomes a servant not on his own, but on the basis of circumstances (because of poverty, uncertainty and fear).

The role of the observer, however, gives a person the positive feelings of need and freedom. He is not limited to any conventions and he likes it. Most importantly, it is outside the hierarchical administrative subordination – destructive for a person with an inner core and dignity.

Elections are like a theatrical performance, where obedient, vote-bribing actors have a quantitative advantage and follow all instructions of their director (political force that has administrative resources), but during elections they must remember that there is also the audience. Moreover, this audience clearly sees the falsity of the actors, fear, secret and vain attempts to overcome the sense of uselessness.

Finally, every voter is an observer, as every actor is a critic. And if not today, then at least a few days later this critic-observer will wake up.

And this is the only optimistic and hopeful point in the situation created after the elections.