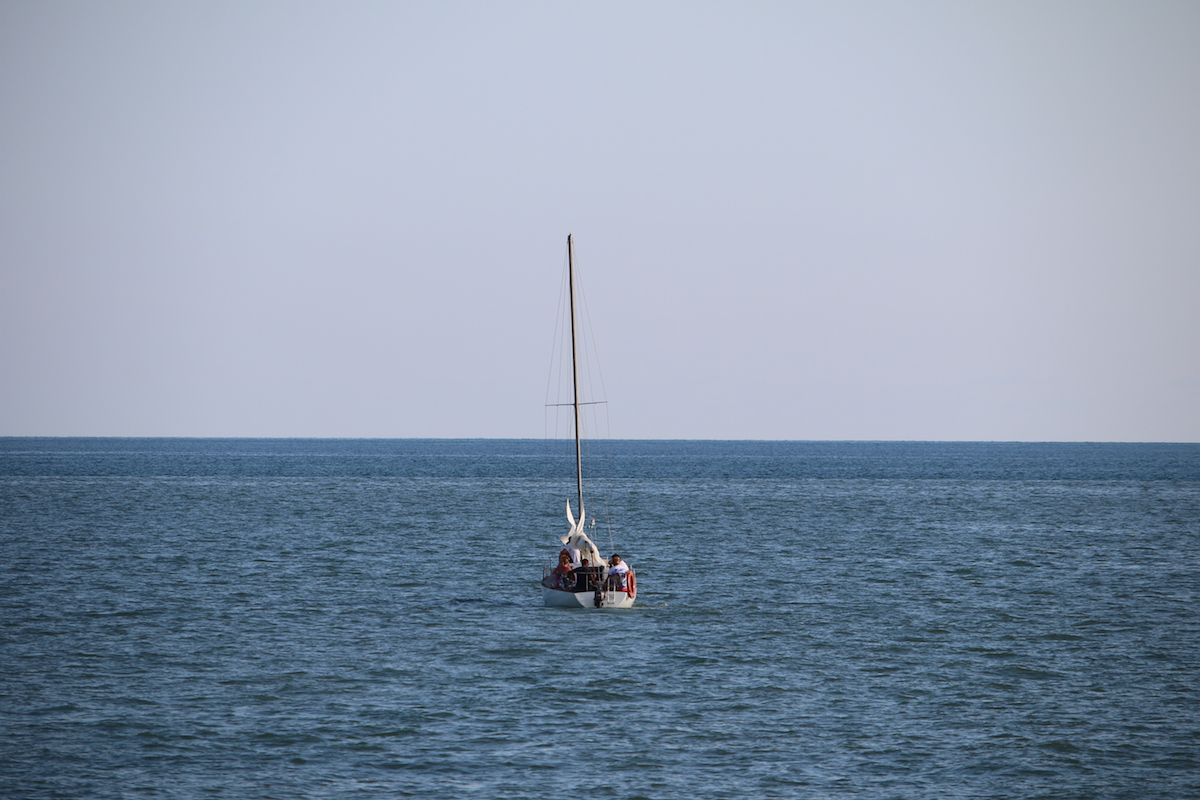 An Abkhazian delegation has arrived in Syria where it is participating in an international commercial fair in Damascus, meeting several high-placed officials of the country.

“We spoke about the possibility of establishing and developing a bilateral economic and humanitarian cooperation,” Minister Kove informed journalists.

Minister Ardzinba spoke about the technical aspects of cooperation and said that Abkhazia may become a part of the logistical-transport chain which already connects Russia with Syria. He gave an example of where ore may be shipped to Abkhazia from Syria, where the production of products may be organized and then sent on to the Russian market.

“This will be helped by the agreement of Abkhazia on duty-free trade in goods with the Russian Federation,” Minister Ardzinba said.

According to him, the possibility of opening commercial representation in Syria and vice versa was also discussed, as well as the preparation of a document which would allow for bilateral duty-free trade. Furthermore, he said that the first version of such a document will be prepared and will soon be sent to the Syrian leadership.

He also noted that the distance between the Sukhumi maritime port and the seaport of Syria is 1 400 nautical miles, which a ship could travel in just five days. “This is not a long way,” said Ardzinba.

“The next contact was already established during the war, and in 2015 we signed an agreement with the Association of Exporters of Syria and the Damascus Chamber of Industry. They specially came to Lebanon to sign this agreement,” said Gennadi Gagulia.

The Minister of Foreign Affairs told journalists that the question of Syria’s recognition of Abkhazia’s independence was also discussed during official meetings that were held in Syria.

“We aren’t trying to rush events; we are now talking about the possibility of developing our economies and of humanitarian contact. There is a large Circassian diaspora in Syria which unites representatives of the Adygean peoples, and this is a very important factor in the bilateral relations between Abkhazia and Syria,” said Daur Kove.

The Georgian authorities sent a diplomatic note to Damascus as a sign of protest in connection with the visit of the Abkhaz delegation. Representatives of the Abkhaz authorities responded to Tbilisi’s actions as follows:

“It is the right of a sovereign state to send diplomatic notes to express one’s protest, just as it is our sovereign right to develop contacts with other states. Today, the leadership of Georgia is apparently continuing the policy of isolating our republic.”