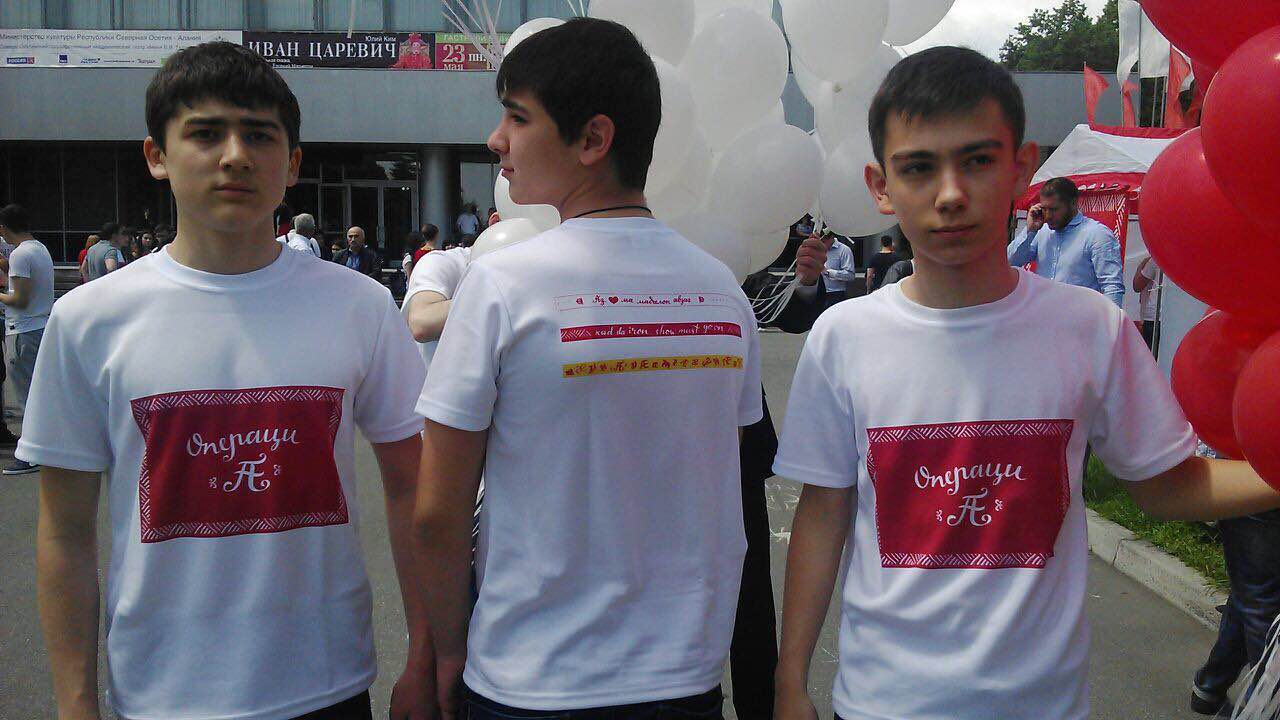 Ossetian is the second official language (after Russian) in North Ossetia. At the same time, it is quickly falling out of use. At least, it was recognized as an endangered language by the UNESCO back in 2009.

In the subsequent seven years the republic failed to develop, at minimum, some kind of program to protect their native language. A “language act” wasn’t passed either. Authorities had been working on it since 2007, and finally, at the end of 2013, it came to the point when the bill was introduced to the Parliament. However, lawmakers eventually rejected it.

The problem with dialects prevented them from reaching a consensus on the issue. There are two dialects in the Ossetian language-the Ironian and Digorian dialects. The majority of MPs would like to pass a law in which both dialects would be recognized as equal elements of the official language of the Ossetian people. They refer in this case to the Constitution, where things is stipulated as so.

However, a smaller group of MPs believes that only the Digorian dialect should be recognized as the language and be enjoy the status of “official language”.

The prevailing public beginning is that these discussions are just a disguise, a pretext to get in the way of adopting the law, since the officials can’t find the necessary funds for its implementation in the republican budget.

All the bureaucratic procedures in public agencies are conducted in Russian. State agencies don’t always have an Ossetian version on their official websites. However, there are bilingual signs in Russian and Ossetian at the front of the official institutions.

“There is neither national TV, nor Ossetian radio. And the Ossetian language is ceding ground at the mundane level. The Ossetian language is permanently used only in the rural and mountainous areas,” admits Vitaly Cheldiev, North Ossetian MP from the “Patriots of Russia” party, a member of the Parliamentary Committee on National Policy and Youth Affairs.

In his words, when he has to talk the factions into agreement and reconcile the opposite arguments, he starts speaking Ossetian and that usually works.

“T he youth don’t speak Ossetian, because they can’t and they are ashamed”, says Azanbek Mayramukaev, a student. “That’s the case with me.”

Azanbek was raised in the Ossetian, but Russian-speaking family. The parents had been speaking Russian to him since childhood andRussian was the only language spoken in the kindergarten and in school.

Many people in the republic say, some decade ago, the Ossetian community regarded those, who spoke Ossetian, as the ignorant people.  However, this stereotype has started changing over the recent years and the Ossetian is kind of ‘coming into fashion’.

Diana Sokaeva, holder of the PhD in Philology, admits the problem, but she doesn’t share the UNESCO’s opinion. She believes, the Ossetian language is not facing a risk of falling out of use so far:

“Ossetians are the bilingual people and Ossetian language still has a strong foothold in the provinces, where people speak fluently both, Russian and Ossetian. And, at the same time, they are fluent in both dialects.”

Another philologist, holder of the PhD in Philology, TamerlanKambalov, is developing the new methods of teaching Ossetian language for the secondary schools and kindergartens. He has a different opinion. He believes, the language is dying out and it could be saved only through active involvement of the entire community.

A couple of smaller public organizations seem to be the only ones who are trying to make the Ossetians’ regain interest in their native language in North Ossetia.

For example, the Federation of National Sports, Games and Culture, is expected to dub “Soyuzmultfilm and “Disney’s popular cartoons in Ossetian language. To raise the necessary funds for the aforesaid, the organization activists are selling red, yellow and white colored (the colors of tricolor national flag) silicon bracelets. 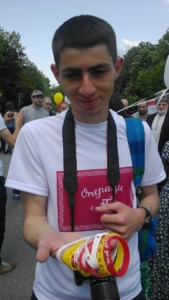 There is an inscription on each bracelet: “If you are the Ossetian-know your language! They need to sell 10,000 of such bracelets to collect the required amount.

Albert Urusov, a student and a campaign volunteer, is one of few of those, who are fluent in literary Ossetian language. He says, that’s because the members of his family always speak Ossetian.

“My friends and I intentionally try to speak Ossetian most of the time”, he says.

There is only one school in Vladikavkaz, where all subjects are partially taught in Ossetian language.

Ossetian language is also taught to the freshmen students in the first semester.

The Ossetian language support campaign was launched in Vladikavkaz on May 15. An eye-catching event was organized at the Theatre Square to mark its solemn beginning. The traditional Ossetian music could be heard from the loudspeakers, installed in the theatre building. A huge cake with an inscription “Operation Æ” and traditional Ossetian pies were brought. 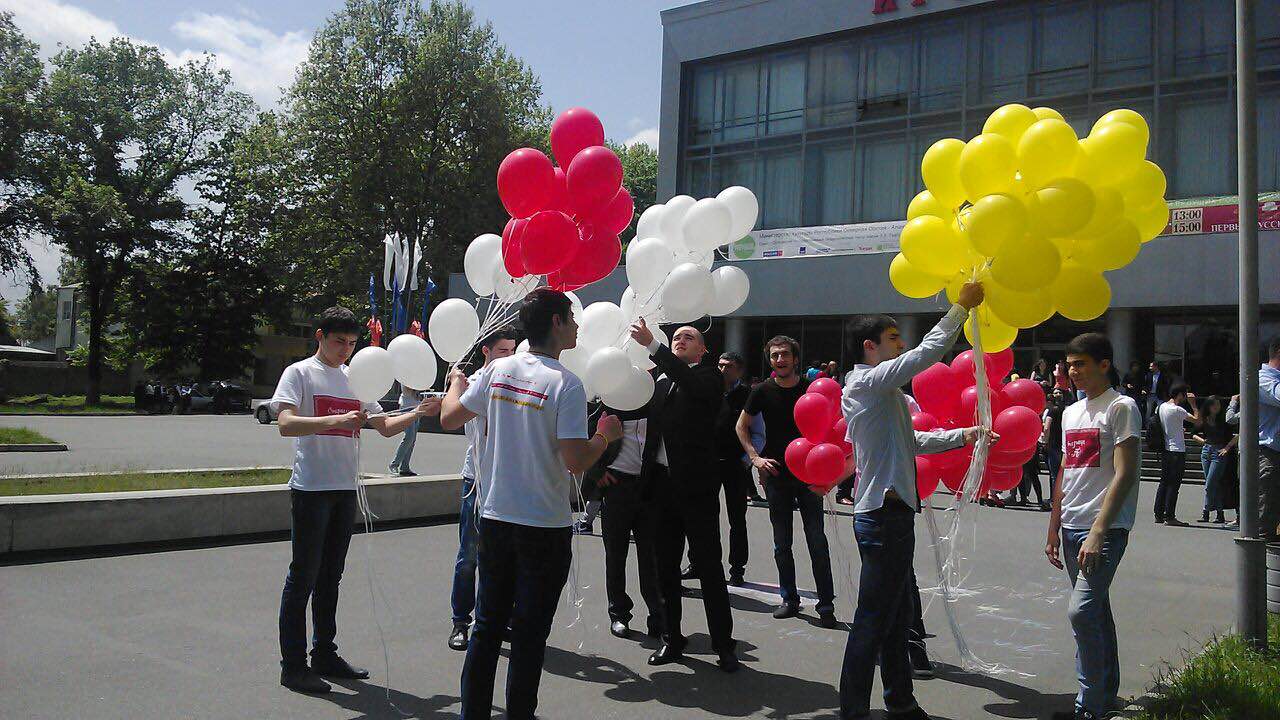 Many young people, who joined the event, were wearing cherkesskas [edit.traditional man’s garment of the Caucasus people], with the silver daggers belted to their wastes. Others were holding Ossetian flags.

Giorgi Bestaev is 27. He is a dancer at “Artkhuron folk ensemble. Despite the ardent heat, he is wearing a cherkesska, a felt papakha (traditional man’s headwear) and a pair of leather knee-high boots. He is not participating in bracelet trading. He is involved in all that in a different way – he buys those bracelets in bulk, thus trying to replenish the campaign budget.

Giorgi attentively listened to my question and then said:

“Have you noticed that we are both Ossetians, who are discussing the Ossetian language support campaign, but we are speaking Russian.” 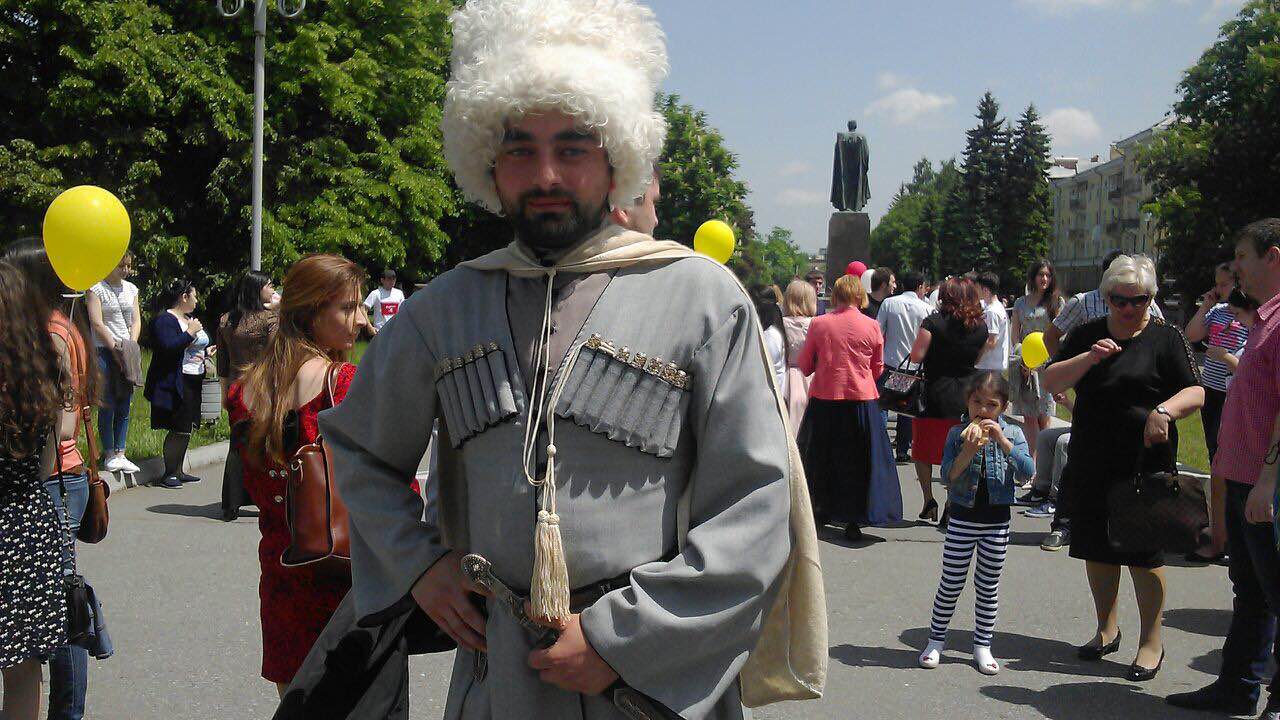 The situation with native language does not seem to be better in South Ossetia either.

The classes in schools are delivered solely in Russian language. There are no Ossetia schools in the republic. The situation is the same in Tskhinval university, except for the Department of Ossetian Philology.

The judicial proceedings and business correspondence are done exclusively in Russian. The Parliament uses both languages during its sessions.

There have never been any notable public initiatives to support the native language in South Ossetia. However, in 2012, the republic’s government set up the Commission for Preservation and Development of Ossetian Language. Interested individuals are welcome to submit their proposals to the Commission.

“Some time ago, we considered a project on production of an animated film in Ossetian language. The film budget totaled RUB1million [about US$15,500], says Erik Pukhaev, Deputy Chairman of the Government of South Ossetia. “We turned down the applicant’s proposal, since we considered that many already existing cartoon films could be translated into Ossetian at once on that amount.”

The commission mostly receives the proposals on publication of textbooks and scientific works and about 85% of the program’soverall funds are allocated for publishing activity, says Pukhov.

“We understand that this way we could solve the textbook problem. However, this is hardly enough and more efforts are required so that the Ossetian language could consolidate its positions.”