A physician, serving over 400 patients daily, named the Laureate of the Aurora Prize for Awakening Humanity 2017

Dr. Tom Catena, a surgeon at the Mother of Mercy Hospital in Sudan, has been named the Laureate of the Aurora Prize for Awakening Humanity 2017. Tom Catena is the only doctor at the hospital located deep in the Nuba Mountains of Sudan, which is a dangerous region under rebel control, where warfare is an inescapable part of life. Catena is the only surgeon at that medical institution. He performs over 1,000 surgeries annually and treats up to 400 patients on a daily basis.

On behalf of the survivors of the Armenian Genocide, Dr. Catena will receive an honorary grant of  USD 100,000, as well as the unique opportunity to continue the cycle of giving by nominating organizations that inspired his work for a USD 1,000,000 award. 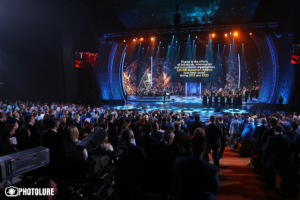 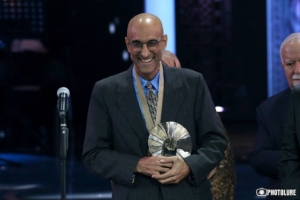 The hospital, where Dr. Catena is employed, is designed for 450 patients. It is in deplorable condition and oftentimes there is nowhere to place the patients and the wounded. When there is an urgent need for extra hospital beds, they are put on the building’s balcony.

Among the Prize nominees were:

The Aurora Prize was set up as part of the 100 LIVES global initiative and the Armenian Genocide laid the foundation for it. About 1.5 million people perished during the Armenian deportation from Ottoman Turkey in 1915. Only a few people managed to survive thanks to the individuals who showed courage and saved them, as well as due to humanitarian missions.

The title ‘Aurora’ was made up on a whim. This is a name of one of those who experienced hardship in 1915. Arshaluys (Aurora) Mardiganian managed to survive.  Eventually, she described what she had been through in her book, entitled ‘Ravished Armenia,’ and had a starring role in the film based on the book.  All the funds raised from the film screening (USD 30 million) were donated to provide relief to 60,000 Armenian orphans that remain in the Middle East.

People in Armenia have not forgotten the developments that took place 102 years ago.  Armenians are known in the world also due in part to those who managed to survive the genocide.  Their descendants have not forgotten about what happened to their next of kin and the Aurora Prize serves to convey their gratitude to the world.

As a victim of a crime against humanity, Armenia calls for prevention of new tragedies through disclosure and condemnation of the past cases of wrongdoing. This very idea was taken as the basis for the 100 LIVES initiative by its authors, businessmen Ruben Vardanyan and Noubar Afeyan, as well as president of the Carnegie Corporation of New York, Vartan Gregorian. 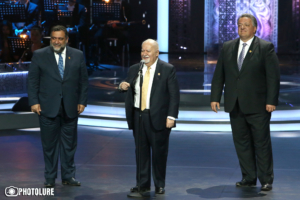 Having introduced the ‘Aurora’ Prize they, on behalf of survivors of the Armenian Genocide, express gratitude to those who risked their lives rescuing Armenians. But the ‘Aurora’ Prize is not just limited to the Armenian tragedy. It aims to raise public consciousness about atrocities occurring around the world and rewarding those working to address these major issues in a real and substantial manner, struggling against injustice and engaging in humanitarian activity.

The Aurora Prize is traditionally handed over by world celebrities. It was George Clooney last year, whereas this year the prize was handed over to the winner by the renowned French chansonnier, Charles Aznavour. A famous Armenian lullaby ‘Ari imSokhak’ [Fly to me my nightingale] was performed after the awards ceremony. Both, the audience and those who were on the stage, chanted it together.

The opinions expressed in this article convey the author’s views and terminology and don’t necessarily reflect a position of the editorial staff.

Gulshan video blog, ep. 3: A walk in the Khachmaz forest

Gulshan video blog, ep. 3: A walk in the Khachmaz forest