President and king under democracy conditions

The new Prime Minister will be confirmed in South Ossetia this week, which could be regarded as the start of the final countdown of the newly elected President Anatoly Bibilov’s 5 years in power in the republic.

The presidential elections in South Ossetia were held on 9 April, amidst a fierce struggle between Bibilov (who gained 57,8% of votes) and now-former President, Leonid Tibilov (30% of votes). The third presidential candidate, Alan Gagloev, gained 11,1% of votes.

The Parliament is expected to decide this week whether to approve Erik Pukhaev for the Prime Minister’s post or not. Being a person with an academic background in physics and mathematics, he served as the Vice-Premier in the former government. The newly elected President introduced Pukhaev to the Parliament. As is said in public, he is the only representative of the former government team who stands a pretty good chance to migrate to the new one.

The Head of the President’s Administration was appointed earlier. Igor Kozaev, Alexander Bibilov’s fellow party member in the ‘United Ossetia’, was appointed for this post. Born in Rustavi (a town located in the vicinity of Tbilisi), he studied in Donetsk. Later, he served in the RF Defense Ministry in Vladikavkaz, as well as in the combined peacekeeping forces in the Georgian-Ossetian conflict zone. He fought during the escalation of tension in 2004, as well as during the August war in 2008.

As RF President’s Spokesman, Dmitry Peskov told journalists shortly after the elections: “Moscow is satisfied with the fact that the main competition was between candidates that are convinced supporters of further close relations between South Ossetia and Russia.”

Bibilov met Putin 10 days after his inauguration and the public took it with great optimism. Alan Dzhusoyev, an Ossetian political analyst, wrote on his Facebook page: “…this introductory meeting was held too quickly…Bibilov’s resounding victory was taken into account and he got a huge confidence boost.”

In his first public address after being elected South Ossetia’s President, Anatoly Bibilov said that he never divided people into supporters of certain political figures and his political program aimed at ‘consolidating the South Ossetian society.’

We asked three South Ossetian political analysts to make political forecasts on four key aspects that are of particular importance for South Ossetia and the region in general:

Our people perceive the relationship with Russia as something sacred. At least 80% of the population view themselves as part of Russia and anyone who becomes the leader of South Ossetia should strengthen those relations with Moscow. I’m sure that South Ossetia will join Russia in 2018, provided that Vladimir Putin maintains his power in Moscow. There are no other strong personalities in Russia who are capable of solving such complicated and unusual tasks. And our army will soon join the Russian defense system, which will considerably increase our defense capacity.

South Ossetia is now extremely close to joining the Russian Federation. The newly elected president is a man who, unlike [former President Leonid] Tibilov, has always treated this issue seriously. If there is even the slightest chance to hold a referendum on South Ossetia’s integration into the Russian Federation, Bibilov will not miss the opportunity. Back in 2015, he spoke out in favor of opening the border with Russia, transfer defense and security functions to the Russian side and making efforts for a full-fledged economic integration. It was Tybilov who insisted on his draft alliance treaty with Russia: our defense and law-enforcement ministries are only partially integrated into the Russian once. But, at the same time, we state about our intention to expand trade and economic ties with Moscow. If we demonstratively distance ourselves from Russia, it will be almost impossible to achieve the aforesaid.

South Ossetia as part of Russia – new discussions on the referendum idea, analysis and vox-pop by JAMnews 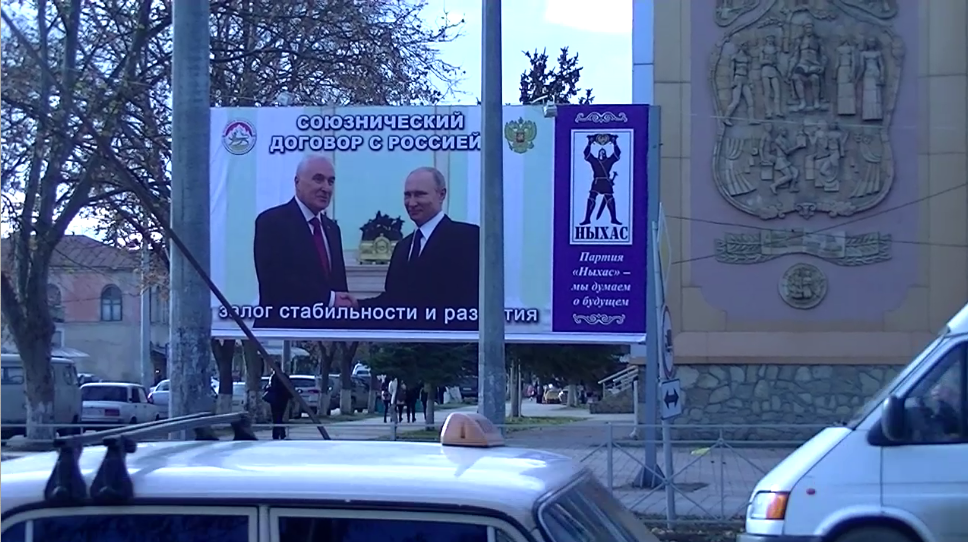 Democratization in relationship with western countries

After Russia recognized the independence of South Ossetia in 2008, any ‘military threats’ from Georgia have been ‘brought to nought’. Now it’s high time to update the state administration system: to establish the constitutional court, to make the local self-government bodies elective and to reform the judicial system. All that would contribute to the development of democracy.

In the early 1990s, a bunch of thieves, who had destroyed and plundered the great Soviet Union, started calling themselves democrats. That’s the reason why the post-Soviet people are so afraid of the word ‘democracy’. Under the South Ossetian legislation, the President is endowed with the rights of a king and emperor. So, democracy is out of question here. And the people don’t actually need it. People need income to provide for their families, and a little bit of attention from the leadership.

When South Ossetia was in poor condition, Russia was the only country that stood beside it. And no one will dare betray our relationship. Therefore, a serious relationship with the West is hardly possible. 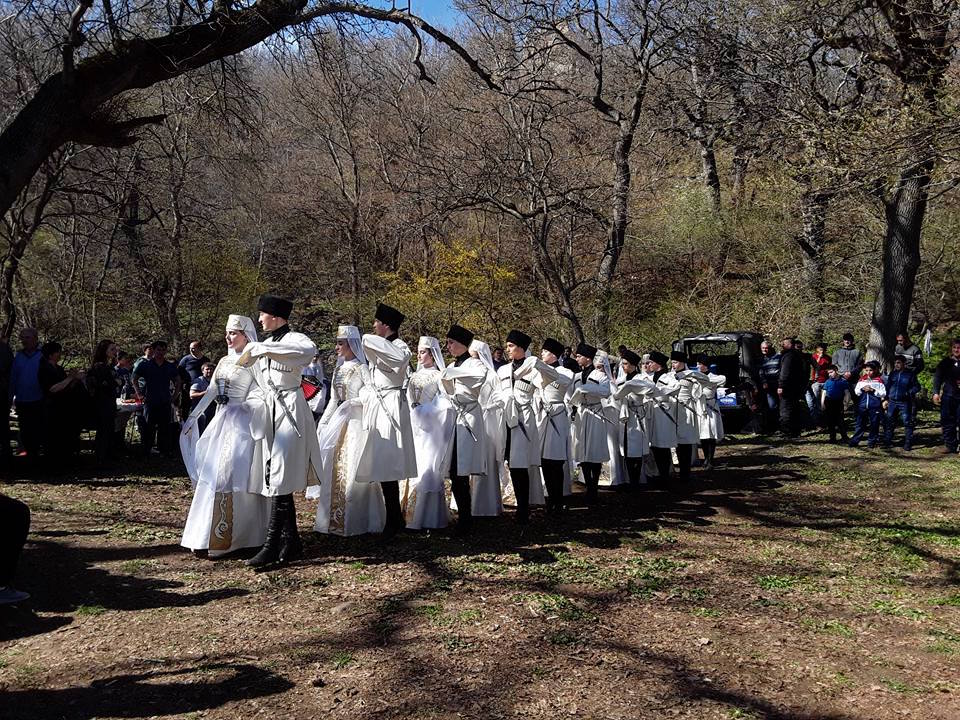 Before we settle the relationship with Georgia, we should first sign a non-aggression pact and conclude a peace treaty. As for South Ossetia, it should bring its arguments before the international community.

It will be hard to develop a relationship with Georgia. The year 2008 was a particular threshold, where all previous chances to establish any relations were broken. Our businessmen communicate from time to time, Ossetians travel to Georgia for medical treatment, but people are against the opening of transport corridors from Georgia to South Ossetia in general. However, in this regard, Russia’s reputation can bring our relationship with Georgia to a new level. If Russia says: ‘it’s necessary’, we will always support our eternal friend.

South Ossetia’s newly elected President, Anatoly Bibilov believes that we should have friendly relations with Georgia, since it is our neighbor. However, the negotiations are possible only after signing a non-aggression memorandum with Tbilisi, after recognition of genocide of the Ossetian people and South Ossetia’s recognition as an independent state. However, Georgia now depends on Western countries and therefore it will always be ‘putting a spoke in our wheel.’

Improvement of life quality, observance of laws, eradication of corruption, development of economy and creation of new jobs are priority issues for the population. Anatoly Bibilov’s campaign program proclaimed those goals. Let me bring just one example: Russia ratified the free trade agreement with South Ossetia a few years ago, but we still don’t avail ourselves of this great chance to develop our economy. Meanwhile, this agreement, coupled with a low tax rate, will allow us to attract investors, quickly raise the economy and create new jobs.

The new president is firmly oriented towards society’s development and he is going to solve many social issues in the first two years. The only possible reason for a delay in execution of his orders may be his subordinates’ careless attitude to them.

Bibilov will, first of all, start developing the agriculture sphere. A preferential loan program for small and medium businesses will be launched and the land use taxes will be reduced for farmers.

Tibilov named the agriculture, clothing industry and energy field – namely HPP construction, as the most promising fields for development. 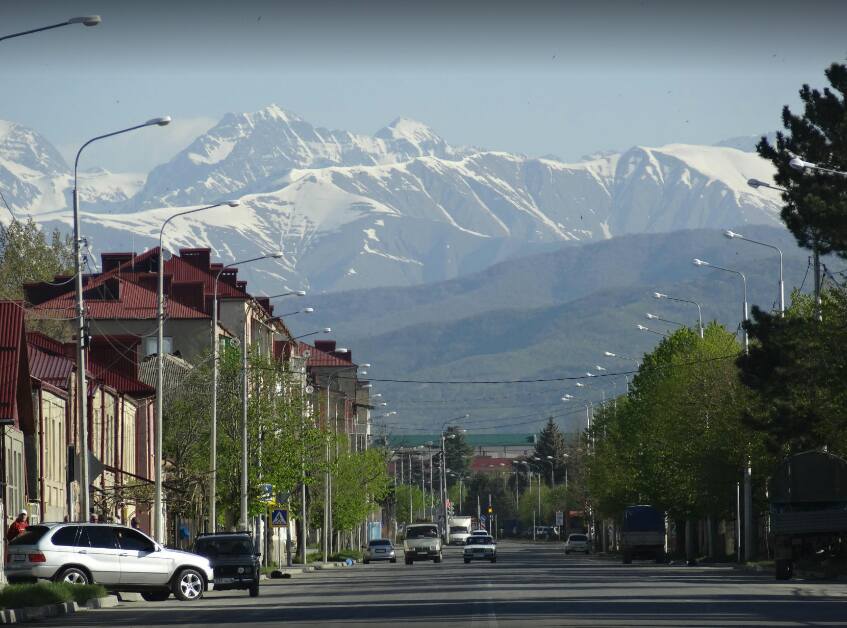