A large rally in front of the Georgian parliament began at 19:00 on June 20.

The reason for the protest was that a Russian MP opened the Interparliamentary Assembly on Orthodoxy being held in the parliament’s meeting room from the seat of the Georgian parliamentary speaker.

This caused outrage both amongst the opposition and the public, and people began to gather on Rustaveli Avenue. 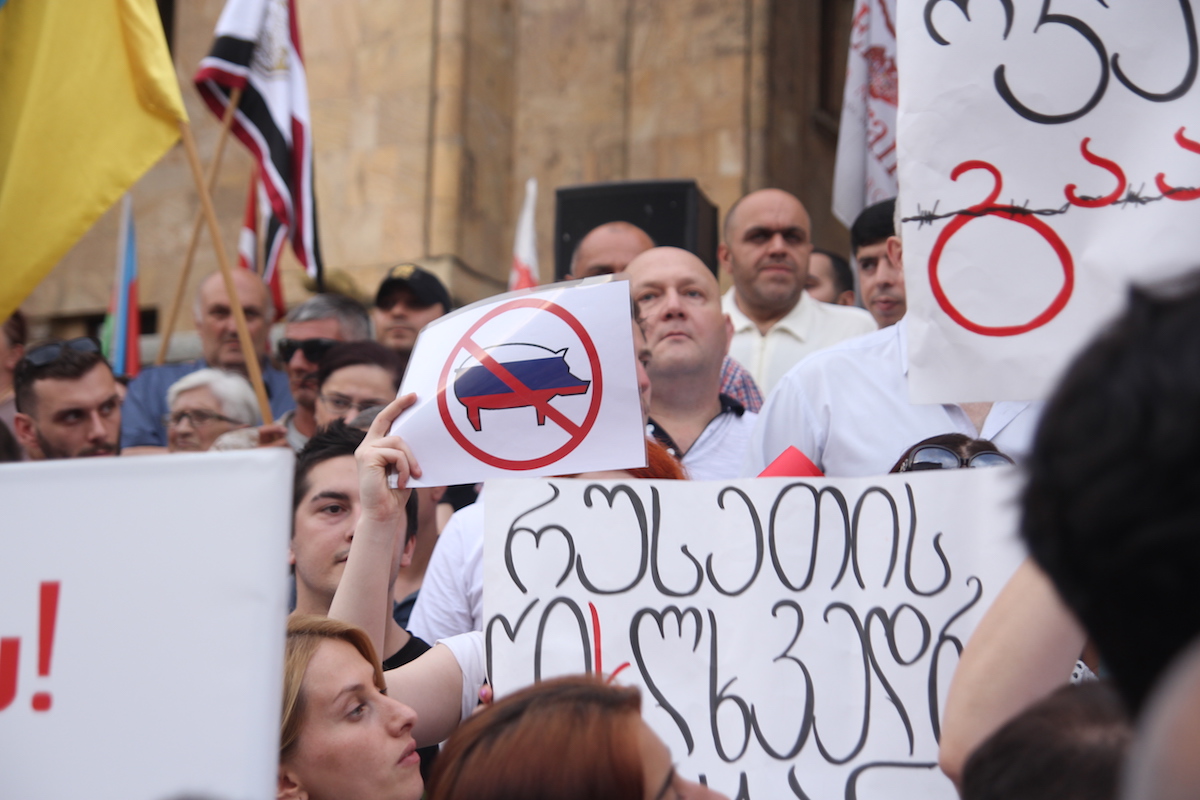 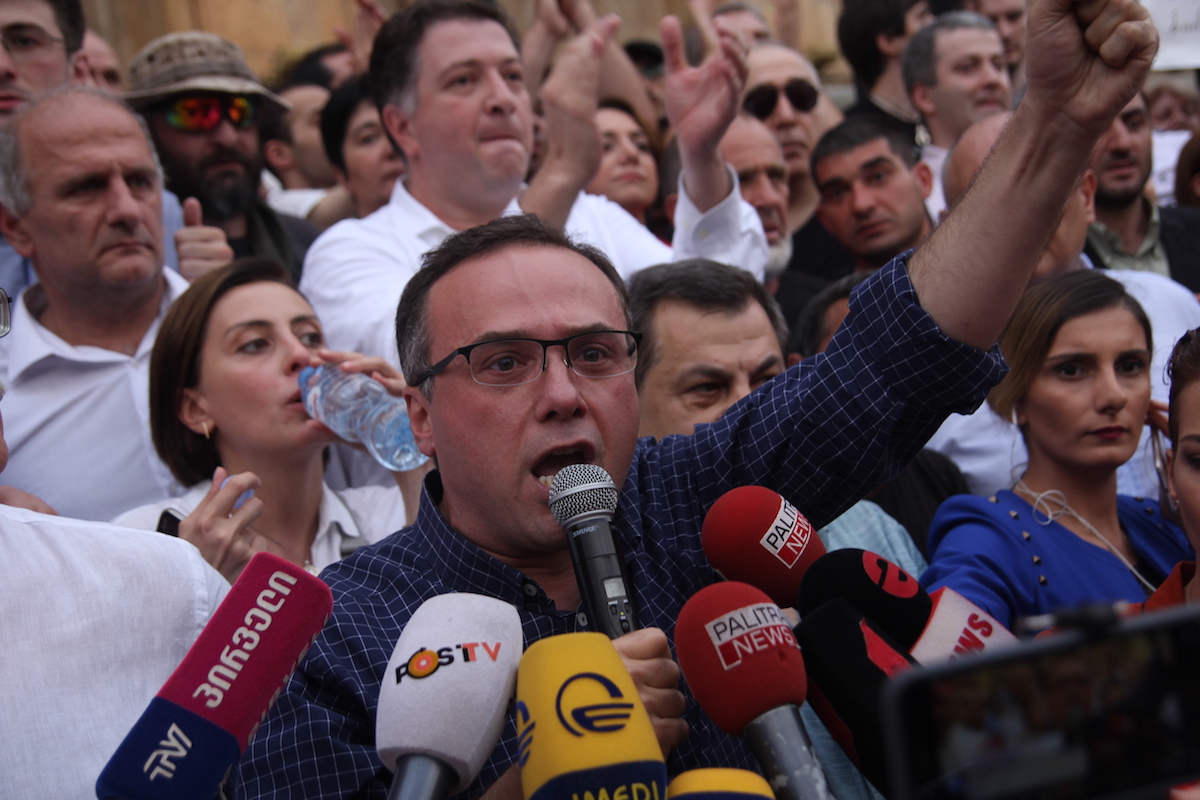 The media estimated some 30,000 people gathered at the rally. The demonstration was not organized by politicians, but it was attended by leaders of opposition parties, as well as civil society activists.

•Protestors in Tbilisi trying to get into parliament building 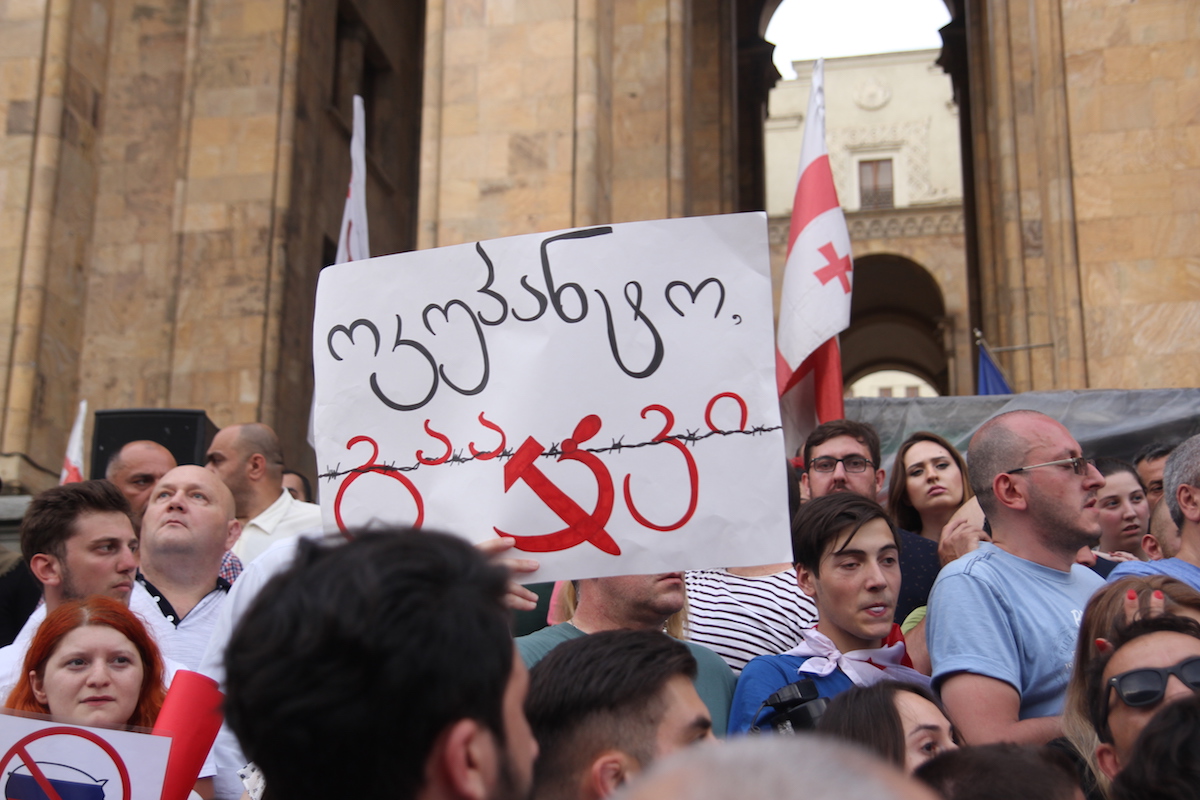 Some demonstrators tried to break into the courtyard of the parliament building after Nika Mela, a leader of the opposition United National Movement (ex Georgian president Mikheil Saakashvili’s party), demanded that the speaker of the parliament, the minister of internal affairs and the state security service resign. 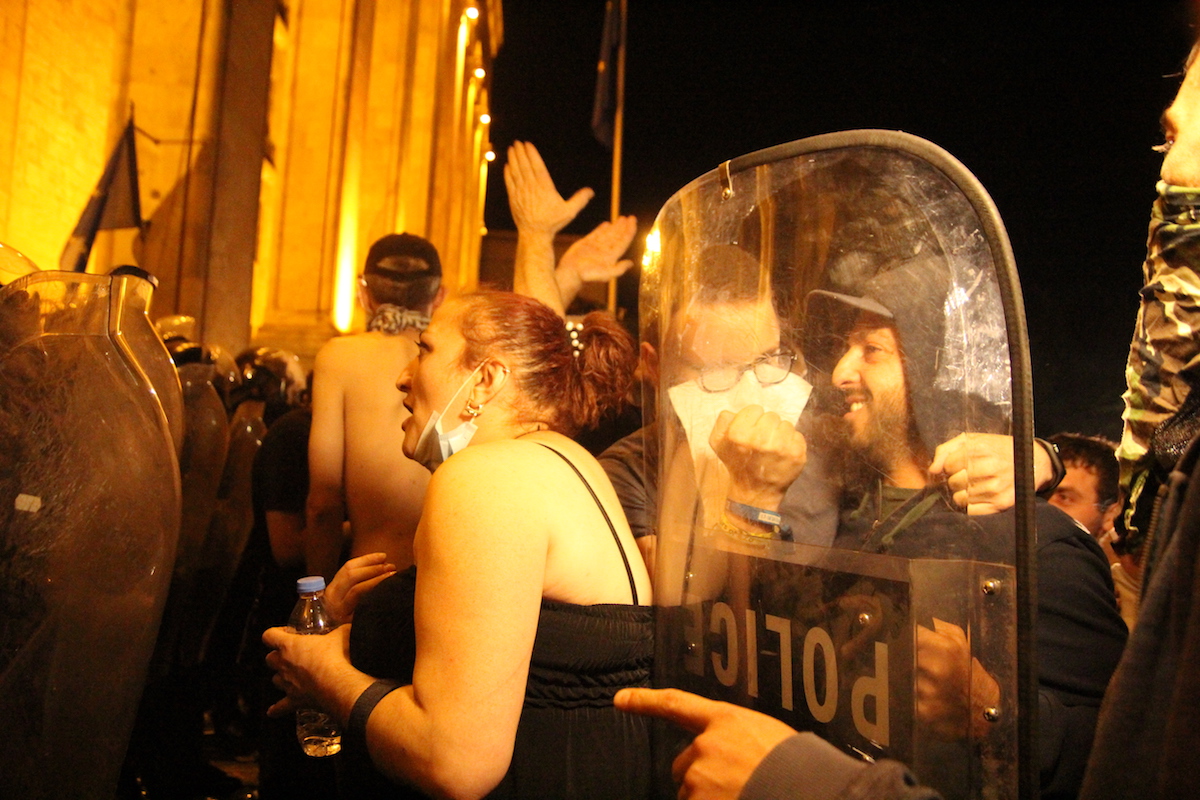 Clashes with police began – batons, rubber bullets and later tear gas were used to disperse protestors. Some demonstrators succeeded in taking away shields and batons from some special forces officers – some officers were even grabbed and taken outside the rally. 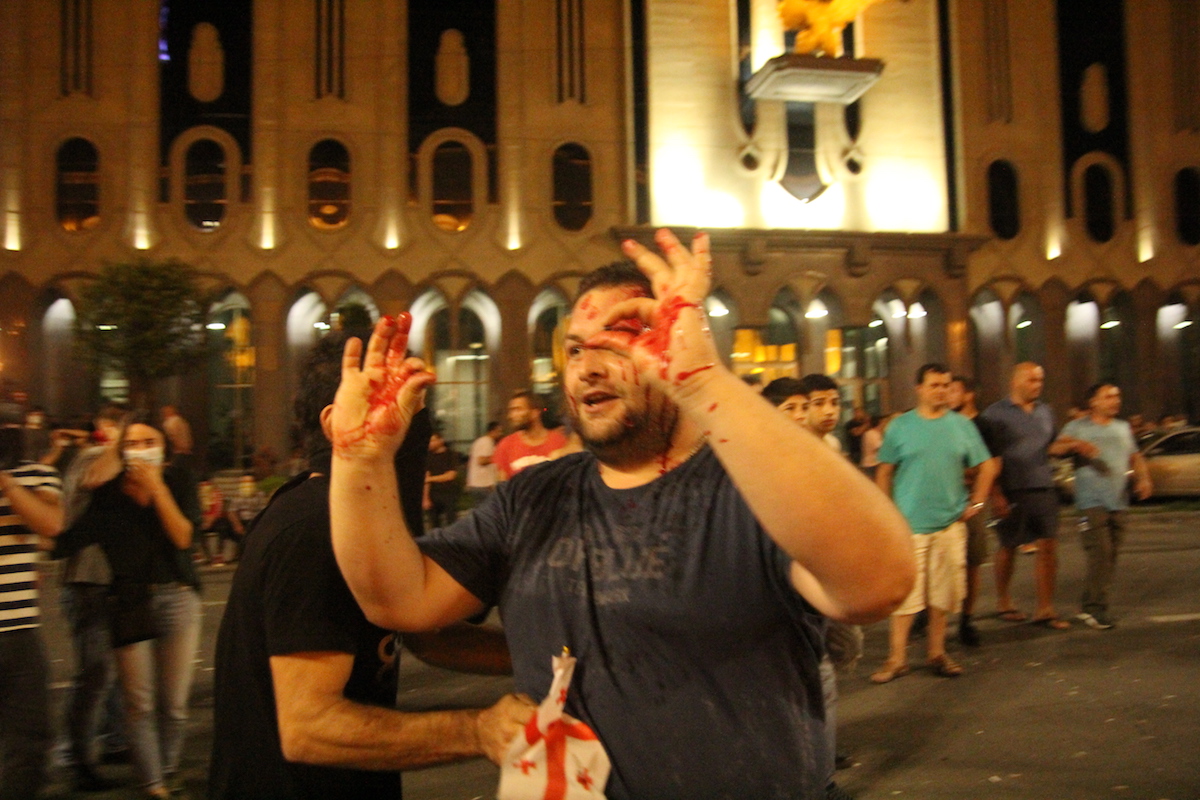 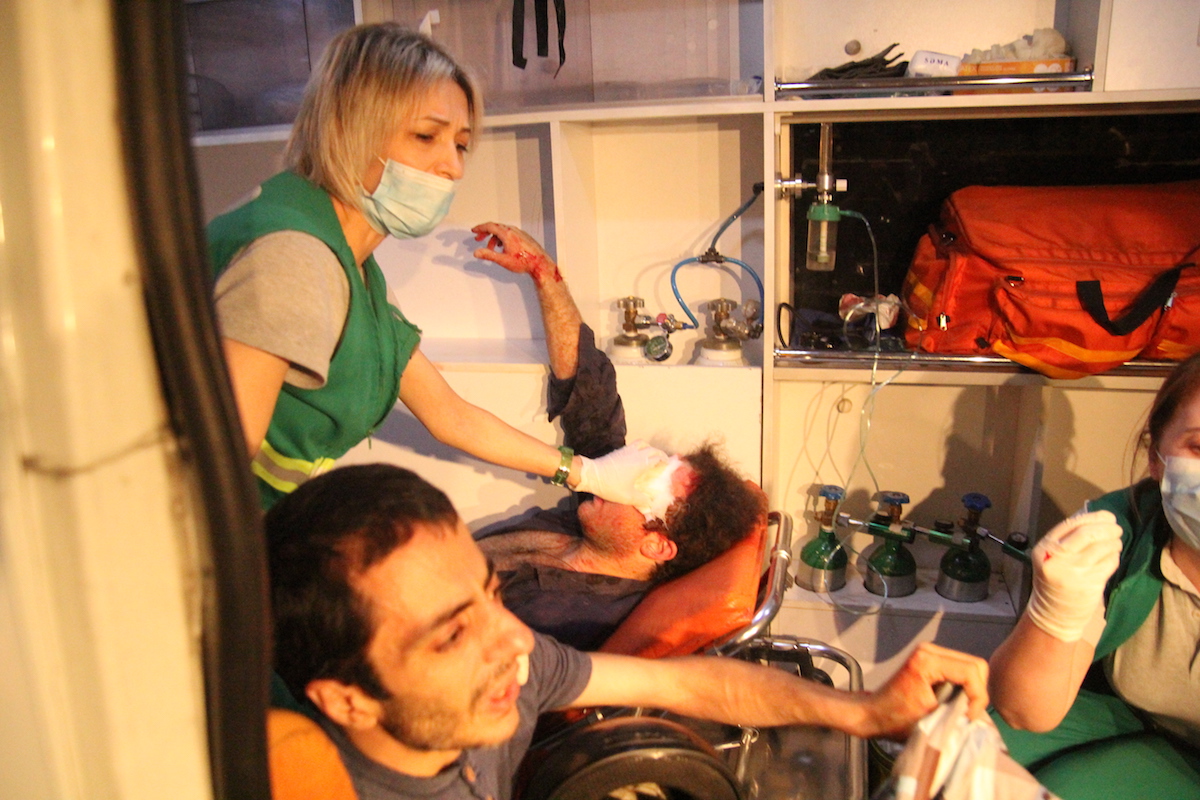 For several hours the special forces unsuccessfully tried to drive the demonstrators away from the parliament building with gas and rubber bullets. 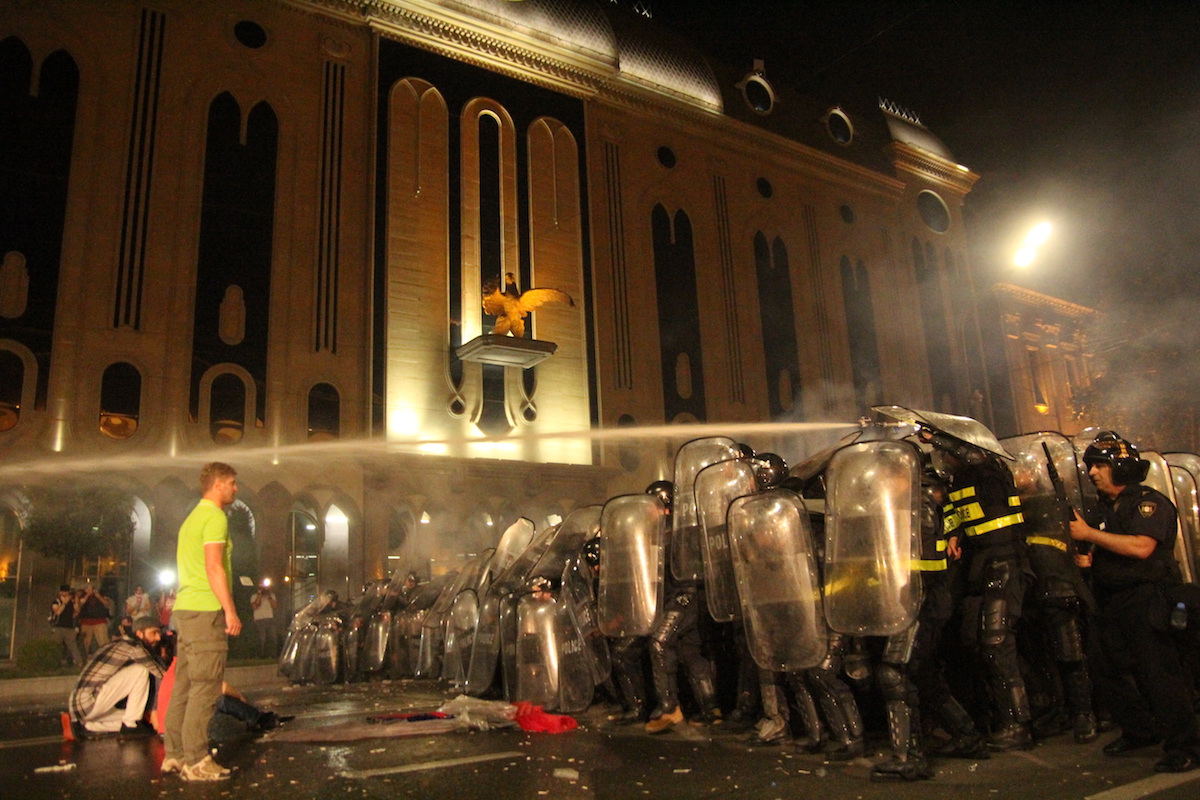 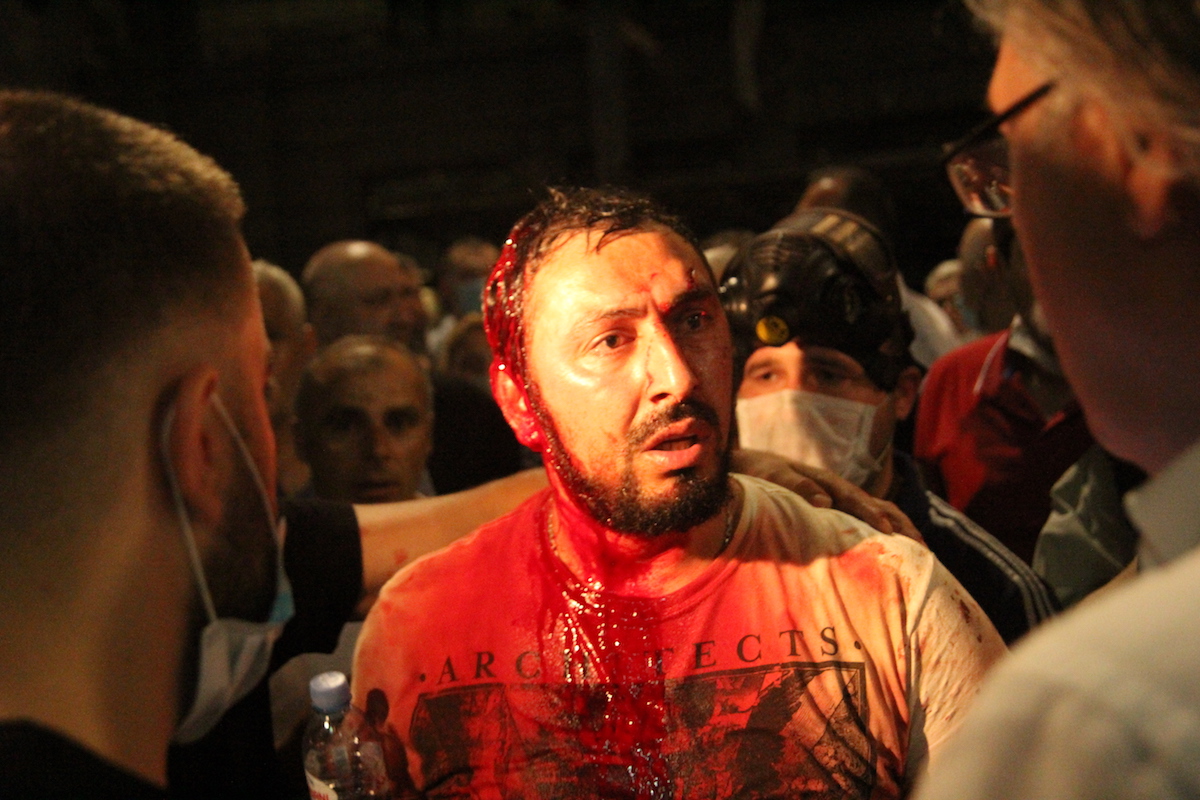 Additional police forces were brought in to disperse protestors. 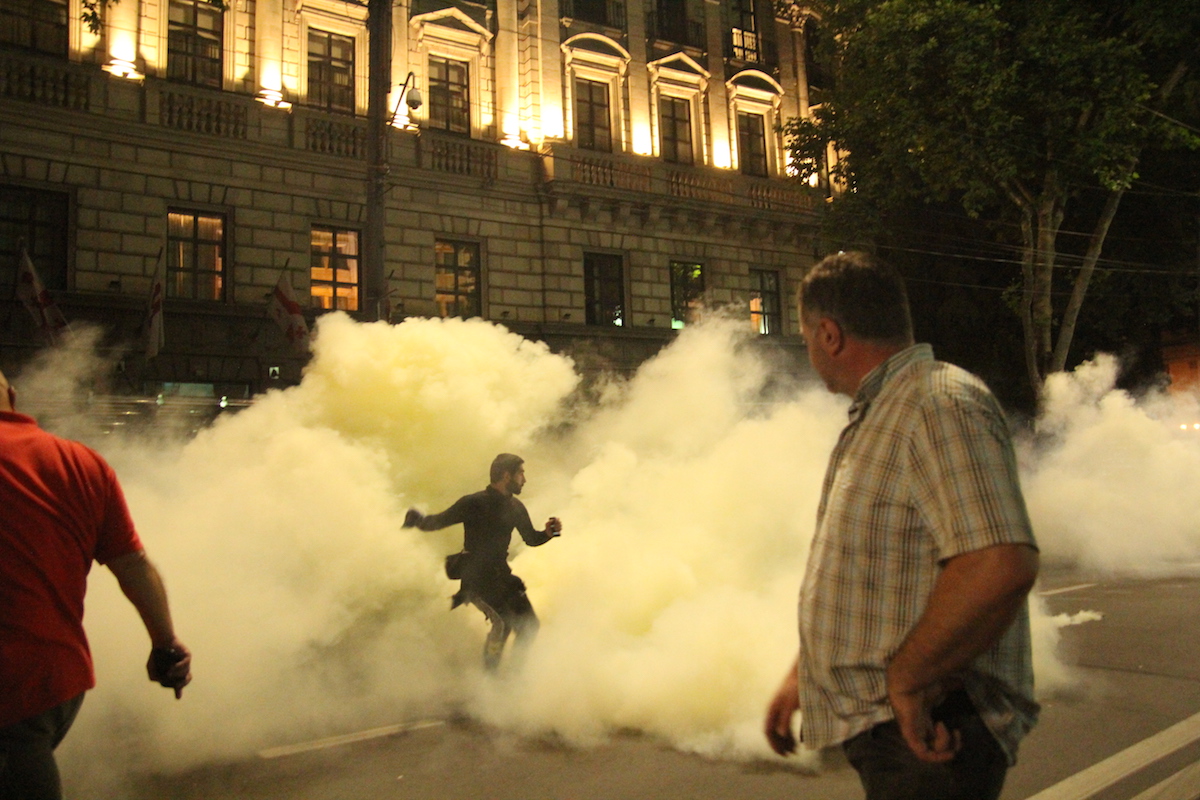 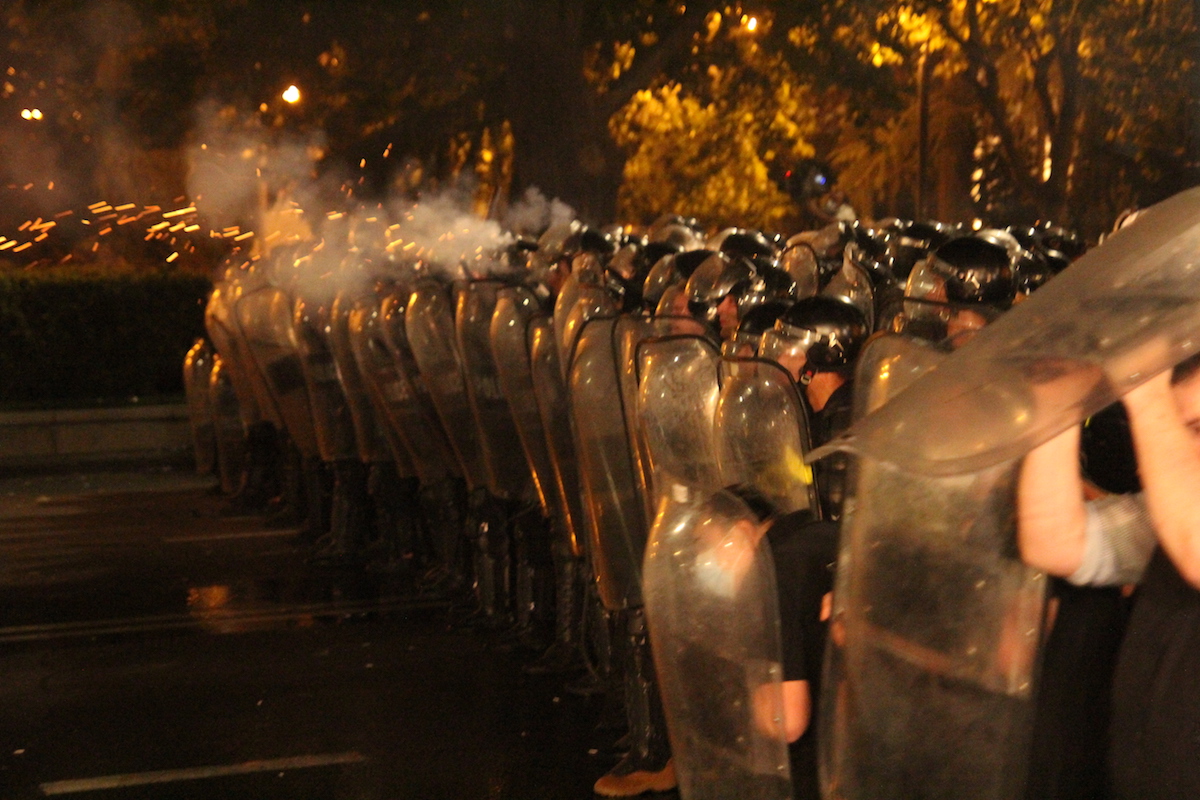 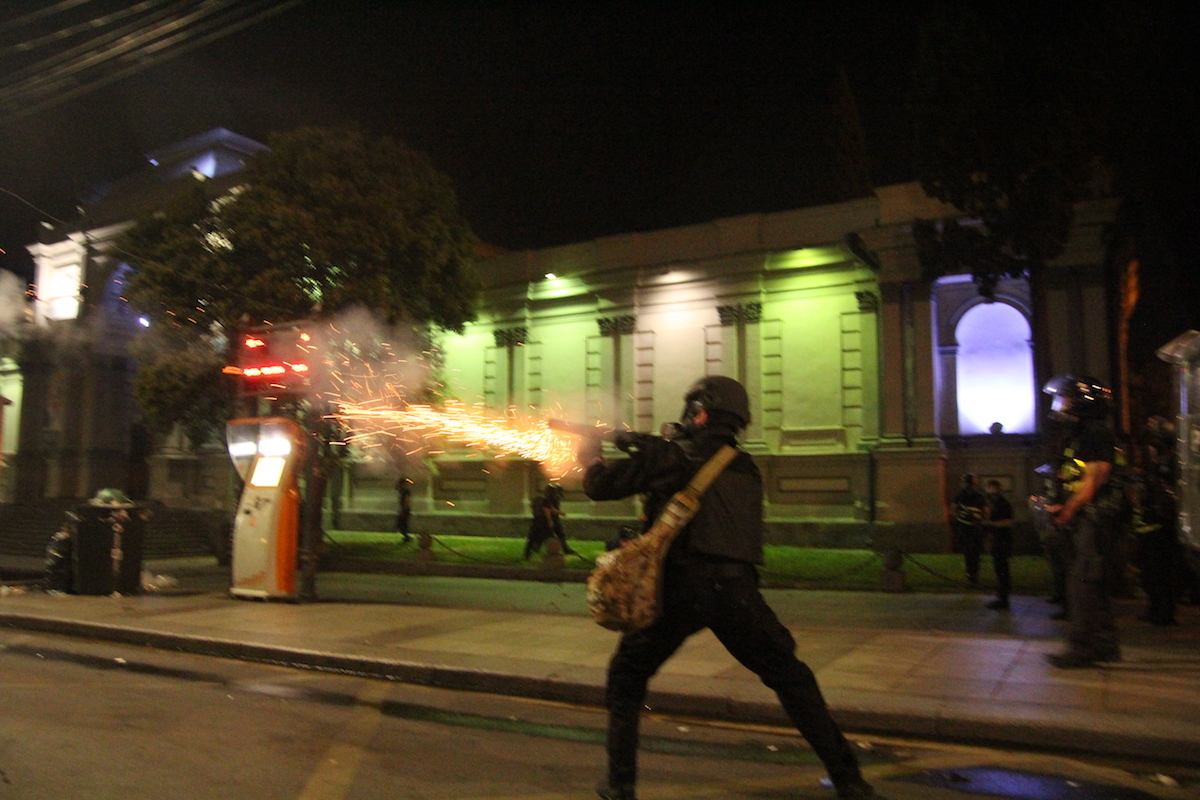 As a result, by the morning special forces had completely ousted the demonstrators from the avenue. Many demonstrators were detained. Their exact number is unknown. 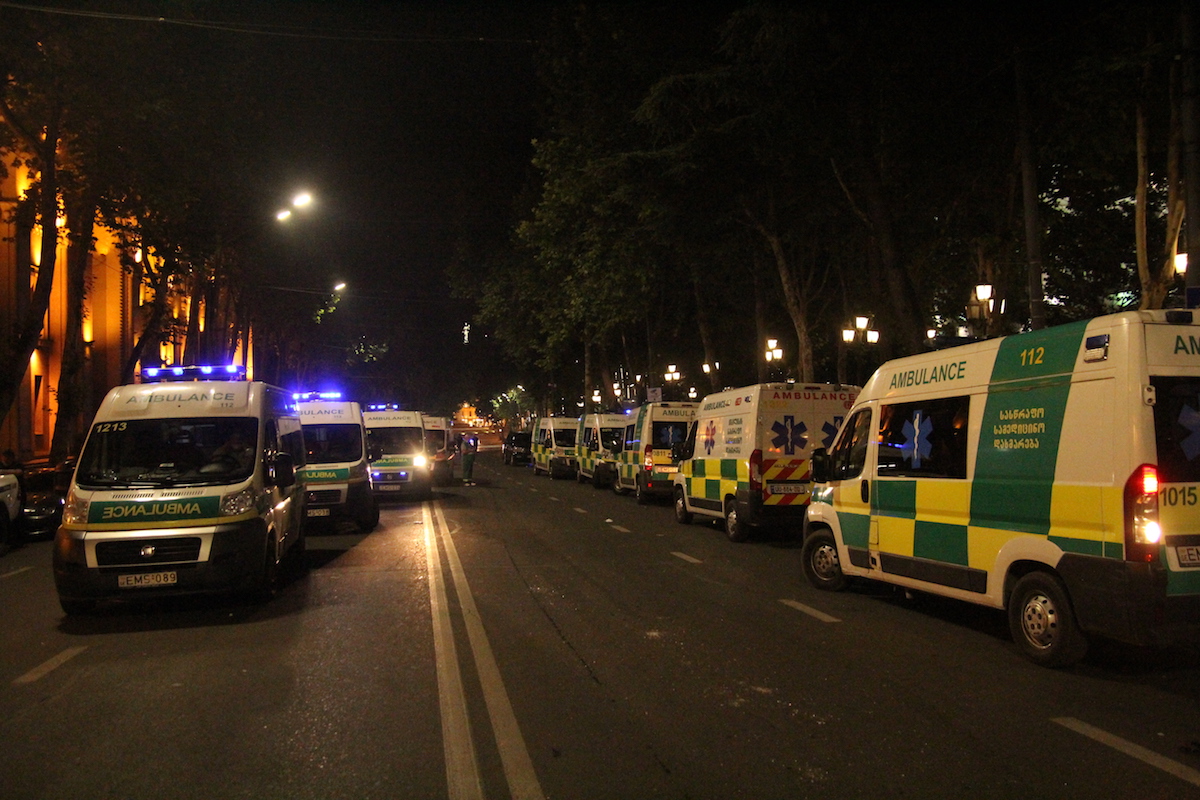 The number of wounded is not yet known for sure, but will likely be in the hundreds. Several people are in serious conditions, while several have likely lost their eyes after being struck by rubber bullets.